Arizona health officials this week reported a case of dengue fever they believe was acquired locally rather than from travel, possibly joining Florida as the only state to record local transmission of the virus this year, which is rare in the U.S. But known to cause occasional outbreaks. 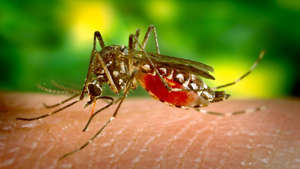 Dengue, also known as breakbone fever for the severe muscle pain it causes, is a mosquito-borne virus that infects around 400 million people each year.

Around half of the world’s population live in areas that carry a risk of dengue and outbreaks occasionally occur in the continental U.S., where the local spread of disease is possible as the mosquito carrying the disease is common throughout many areas.

The vast majority of dengue infections are asymptomatic or mild—around 1 in 4 (25%) people infected will get sick—and flu-like symptoms like fever, rash, headache, nausea, and vomiting often mean it is confused with other illnesses.

Around 1 in 20 of the people who get sick will develop severe dengue, a potentially fatal medical emergency that can cause severe muscle pain, shock, internal bleeding, and organ damage.

There is no specific medicine to treat dengue and for most people the disease will go away on its own after a week and can be managed with rest, keeping hydrated and fever reducers and painkillers like acetaminophen (also known as paracetamol and sold under brand names like Tylenol and Panadol), though blood-thinning drugs like aspirin and ibuprofen should be avoided.

Without proper medical treatment, the mortality rate of severe dengue can be as high as 20%, though access to care can lower the fatality rate to below 1%, and maintaining the patient’s body fluid volume is critical.

A case of dengue was reported in a person in Maricopa County, Arizona, this week. Officials believe the infection may have been acquired locally, rather than through travel, and experts are working to trace the source and determine whether others in the area are at risk. Though dengue is not an unknown entity in the U.S. And conditions make outbreaks possible, the vast majority of cases are linked to travel and Arizona, which has recorded 10 other cases through November 2, is just the second state to record a locally acquired infection this year. Florida, the only other state to report locally acquired cases, has reported more cases than all other states put together, recording 582 infections linked to travel and 32 locally acquired infections through November 2, according to the CDC.

888. That’s how many dengue cases have been reported in the U.S. This year through November 2, according to the CDC.

Dengue is a leading cause of illness and death in many parts of the world, particularly in some Asian and Latin American countries, the World Health Organization says. Cases have risen sharply in recent decades—eightfold over the past 20 years—though part of the alarming rise can be explained by improved reporting practices. Global dengue cases appear to have fallen during the Covid-19 pandemic and research suggests pandemic curbs prevented some 750,000 cases in 2020. However, the issue is far from settled and the WHO notes that data is not yet complete for the years and said the pandemic may have hampered reporting efforts in some countries. The issue of dengue’s prevalence is of renewed importance as world leaders struggle to address the growing climate crisis, which could help the mosquitos carrying the disease make inroads into new parts of the world. Changes to weather and flooding, such as that in Florida after Hurricane Ian, also pose challenges to preventing the spread of disease. The mosquitos that can carry dengue—as well as a host of other pathogens like West Nile—can multiply rapidly in floodwater and debris left behind after major storms and pose a major public health threat to those recovering from disaster.

There are four distinct, though closely related, types of virus that cause dengue. Recovery is thought to provide lifelong immunity against that particular variant but, counterintuitively, increases the risk of developing the severe disease if infected again. Until recently, the issue was a contentious topic among scientists, though many now believe the usually protective antibodies developed after infection can actually help the virus when infected again.

What To Watch For

The increased risk of severe disease when exposed to dengue a second time has complicated efforts to develop a vaccine. Sanofi Pasteur developed the first dengue vaccine, which is now licensed in numerous countries, including the U.S. The shot is only used in those who have already had a confirmed dengue infection, however, as it was found to increase the risk of severe dengue. Other vaccines are being evaluated. Qdenga, a shot developed by Japan’s Takeda for use without prior dengue exposure, appears promising and was approved in Indonesia in August.

Scientists solve a dengue mystery: Why the second infection is worse than the first (STAT News)

Dengue Fever Case In Arizona May Have Been Locally Acquired, Officials Say 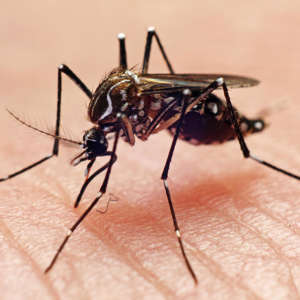 A person in Maricopa County, Arizona, has been diagnosed with dengue fever, health officials announced this week, adding that this case could be the county’s first that was acquired locally, rather than from travel. If true, it would make Arizona just the second state so far this year to have a case that stemmed from a locally acquired infection.

There have been 10 other cases of dengue fever reported in Arizona from Jan. 1 through Nov. 2 of this year, according to the Centers for Disease Control and Prevention, but all those were travel-related.

In a news release Monday, the Maricopa County Department of Public Health said the infected individual “might have been exposed by an infected mosquito” in the county. The virus was detected in one neighborhood amid routine surveillance by the county’s Environmental Services Department.

“While previous dengue cases in Maricopa County have been related to travel to countries where dengue commonly occurs, it is important to understand if others could have been exposed or if this is an isolated incident,” medical epidemiologist Dr. Nick Staab said in a statement. “This is in addition to our routine investigations of anyone suspected to have dengue or other mosquito-borne diseases.”

Dengue fever is spread through mosquito bites, although a fetus can also be infected if the carrying parent contracts the virus during pregnancy. While up to 400 million people get infected every year, with about 40,000 dying from severe illness, outbreaks in the U.S. Only occasionally happen, the CDC says. Nearly all cases in the continental U.S. Stem from travel.

About 25% of infected individuals develop mild flu-like symptoms, Maricopa County health officials said, but about 1 in 20 people “can get severely ill.”

So far this year, at least 888 cases of dengue fever have been reported in 36 states, according to the CDC. All but one state – Florida – had their cases exclusively stem from travel. Two territories – Guam and Puerto Rico – have also been hit with dengue cases, with the overwhelming majority of Puerto Rico’s cases being local-born.

Maricopa County field teams made up of staff and volunteers are now offering dengue testing to residents ages 5 and older in the neighborhood where the latest case was discovered. The testing can identify an infection that might have occurred in the “last several months,” the county said. They are also providing residents with mosquito prevention kits.

The news comes months after a study published in the Frontiers in Public Health journal found that climate change has become “one of the key reasons” dengue fever transmission has become more intense.

“The most important climatic factors linked to dengue transmission are temperature, rainfall, and relative humidity,” the study determined.

Study authors did note that there still needs to be significant research in this area, and that “relationships between numerous environmental conditions and dengue transmission are complex and sometimes non-linear.”

Rainfall and temperature are both important factors in the ability of mosquitos to lay eggs and develop, and the increasing extreme levels of both with climate change could contribute to changes in the spread of dengue fever, researchers said. 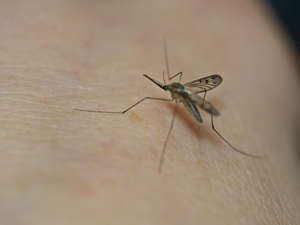 The Maricopa County Department of Public Health announced Monday that it had confirmed a human case of dengue fever that is believed to have originated in an infected mosquito in Arizona.

“Routine mosquito surveillance performed by Maricopa County Environmental Services Department (MCESD) has detected the dengue virus in a mosquito trap in one neighborhood in the county,” the health department said in a news release.

The mosquito-borne illness annually infects 400 million and kills up to 40,000 people, according to the Centers for Disease Control and Prevention, but most cases reported in the lower 48 states, the CDC states on its website, have been “in travelers infected elsewhere.”

Officials in Maricopa County, which includes Phoenix and its densely populated surroundings, are sending teams out to area neighborhoods to offer free testing for the disease and information on how to prevent mosquito bites and breeding.

As global temperatures have continued to rise over the last century due to climate change, dengue fever has spread dramatically. A study published this year in the journal Frontiers in Public Health found that thanks to climate change, the disease will “affect 60 percent of the world’s population by 2080.”

“Currently, dengue is taking its toll, and climate change is one of the key reasons contributing to the intensification of dengue disease transmission,” the study states. “The most important climatic factors linked to dengue transmission are temperature, rainfall, and relative humidity.”

At present, the estimated 100 million people who fall ill from dengue each year can experience symptoms ranging from those similar to the flu to severe bleeding, organ failure, and death. The World Health Organization notes that the swift rise in the number of dengue cases is a recent phenomenon.

“The number of dengue cases reported to WHO increased over 8 fold over the last two decades, from 505,430 cases in 2000 to over 2.4 million in 2010, and 5.2 million in 2019. Reported deaths between the year 2000 and 2015 increased from 960 to 4032, affecting mostly younger age group,” the WHO states on its website, adding, “Before 1970, only 9 countries had experienced severe dengue epidemics. The disease is now endemic in more than 100 countries in the WHO regions of Africa, the Americas, the Eastern Mediterranean, South-East Asia, and the Western Pacific.”

A paper published in 2020 by researchers in Taiwan and highlighted by the National Institutes of Health links rising temperatures to the sharp increase in the number of dengue cases worldwide.

“Climate change is regarded as one of the major factors enhancing the transmission intensity of dengue fever,” the paper states. 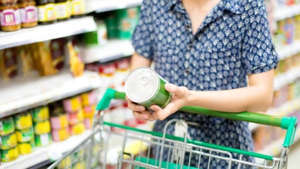 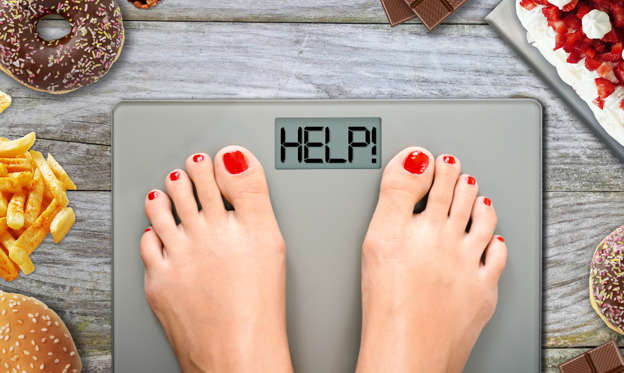 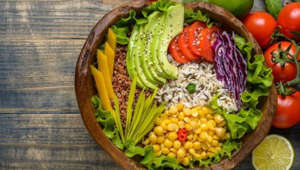