Forestall this brute power in opposition to Muslims

For Muslims, threats of rape, bulldozing of houses, and destruction of mosques have turn into a day by day truth. That is certain to disappointed somebody with a judgment of right and wrong and any sympathy! 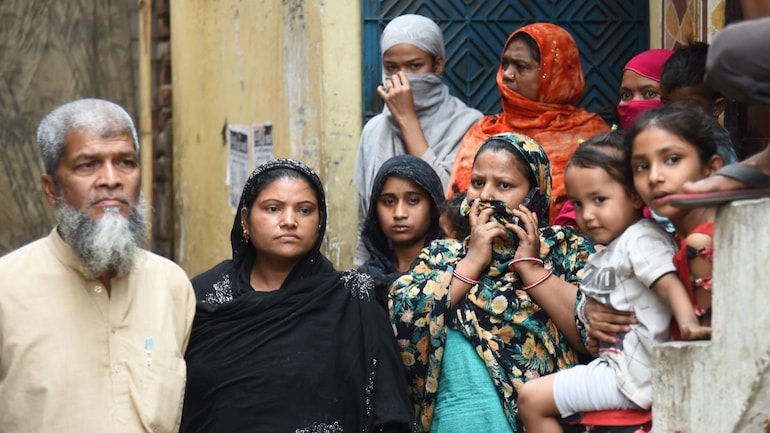 Citizens out of doors their house after clashes between the 2 communities all over the Hanuman Jayanti procession on Saturday in Jahangirpuri, New Delhi. (Photograph: PTI)

It does not give me excitement to put in writing in regards to the oppression, toxicity, bigotry and basic ugliness round us.

I rejoice maximum privileges, however the apathy and loss of compassion round me is disappointing!

The jubilation of such a lot of “customary” folks over what is going on to Muslims in India, the joy and birthday party of “We’re educating them a lesson for the previous!” nauseating!

I will be able to’t even consider what Muslims have to head thru, throughout the uncertainty and anxiousness they have got to stand on a daily basis.

Waking up on a daily basis to threats of rape, bulldozing of homes, desecration of mosques, even defiled “kabristans”, criminals who’re venerated and glorified (the thugs who attacked the home of Arvind Kejriwal had been venerated through the BJP after being launched on bail), all Muslims are referred to as jehadists of seers and spiritual leaders to applause and applause, the silence of skilled pals, the illogicality of bhaktas, lies and hopelessness are certain to disappointed somebody with a judgment of right and wrong and a minimum of some sympathy!

As a legislation abiding citizen, I’m horrified through how the state makes use of brute power to suppress Muslims, permitting Hindu extremists to dedicate all crimes with impunity (all the ones accused of incitement of hatred are launched on bail and stay on giving extra speeches)!

Attackers are despatched a message that they are able to escape with anything else. It is truly horrifying!

We’re on an overly slippery slope at an speeded up tempo, and if the courts and others don’t come ahead to sentence this, we’re doomed!