The J&Okay police arrested one individual in reference to the Sunjwan assault. Any other suspect has been detained for wondering. 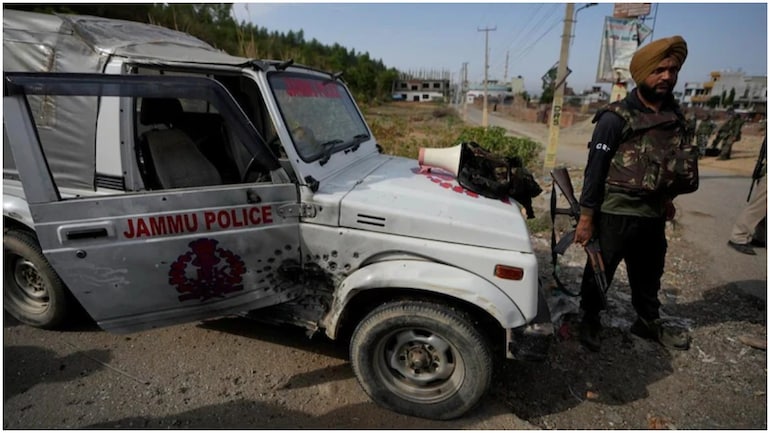 Police in Jammu and Kashmir have detained a number of suspects after a terrorist assault at the Sunjwan military camp. (picture PTI)

Police in Jammu and Kashmir on Saturday arrested one individual in reference to an assault on a CISF bus in Sanjwan that killed one safety officer and injured 9. Any other suspect has been detained for wondering.

A bus wearing 15 troops used to be attacked at 4:25 am close to a military camp in Sanjwan, at the outskirts of Jammu, on Friday. A senior paramilitary respectable said that the terrorists opened fireplace and threw grenades on the bus, killing Assistant Sub Inspector (ASI) S.P. Patila and injuring different bus passengers.

The CISF stated its staff had been attacked via terrorists all the way through an ongoing cordon and seek operation. In line with police, the shootout started when the terrorists opened fireplace at the seek birthday celebration.

Within the resulting skirmish, two Jaish-e-Mohammed (JeM) terrorists had been killed.

The conflict in Sanjwan got here amid heightened security features in Jammu and Kashmir forward of High Minister Narendra Modi’s scheduled consult with to the Samba area.

The Nationwide Investigation Company (NIA) will take over the investigation. The NIA crew prior to now visited the Sunjwan house.